In another forum, someone asked a general question to the transgender girl community, as to how a girl looks feminized.

[I’m told I’m too wordy. That’s not going to change soon or ever, so I’m interspersing pictures in a Plan B attempt to keep reader interest up. If you don’t like long posts, skip this one.] 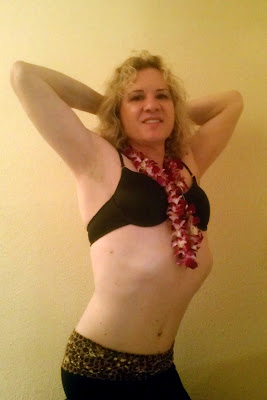 I’m bisexual so I’ve been observing and appreciating girls’ sexuality for many years. (I realize now, belatedly, that part of the appeal for me was “I want to be like that myself.”)

I recall going to a strip club in Sunnyvale and seeing a stripper who had a pretty enough face, but she was totally flat-chested, more than or as much as any adult female whose breasts I’ve ever seen in person or in pictures, G-rated or otherwise.

For someone like that to work as a stripper seemed odd to me … until she started dancing. The way she moved was so tantalizing and elegant … it didn’t matter any more to me that she was flat-chested. She used her other assets (legs and butt) and her entire body so well that her dance was very, very sexy. As I recall, I tipped her $20.

I recall someone saying that how sexy a girl is depends on what she has to some extent, and to a huge extent on what she does with it. I totally buy into that. 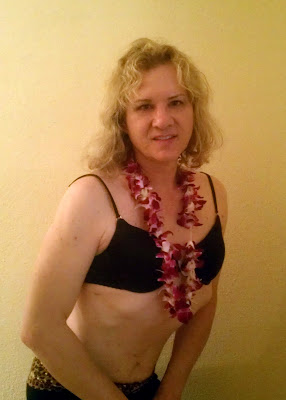 So, in addition to what I do as to my physical looks, I pay attention to my style, and how I move. I learned this the hard way, in person. When I was early in my transition, I was invited to a t-girl pool party in Sacramento, and I looked and felt like a 14-year old girl at a party where the other girls were hot, curvy 18-year-old lingerie models. The host was super-nice to me but I felt so lanky and gawky and awkward nevertheless. At the time, I’d expected my femininity to sort of descend on me like powdercoating dusts a piece of metal. As I pondered that party, it occurred to me how my mental model had been flawed. I needed to be active, to learn, to do — that much of being feminine is how I think which translates into how I move.

… while the other girls were still in day-to-day clothing. And, I moved more gracefully and sensuously yet. Later, one of the trainers commented with a frown that I’m more feminized, as to how I move, than the genetically integrated girls at the course.

She mentioned that sort of in a musing way, sort of as a compliment to me and sort of as an admonishment to the other girls plus a reminder to herself. And, it didn’t come naturally to me. I had to learn to work it.

Two nights ago, I went out for a walk around the man-made lake near where I live in Reno. It’s about a mile around. I was wearing 4″ boots, I’d twisted my ankle the day before so it was all swollen and barely fitted inside the boot, and it was 47 degrees out and dark with nobody in sight, but I walked and I felt sexy. I enjoyed the extra wiggle and sexuality in how I move. Turns out that there was someone there after all, in a thicket of trees that I’d decided to bypass and walk on a brightly lighted path around that little area. I don’t know who it was or why they’d be hanging around there in the cold and dark, but whoever it was liked what they saw, and I got a nice “wolf’s whistle” as I was walking past. In a nice, feminine voice, I shot back a clear “thank you” and kept walking. I’ve lived in the area for three years and walked around that lake many times, and that was the first time I’d heard someone whistle like that to a girl. I liked it. 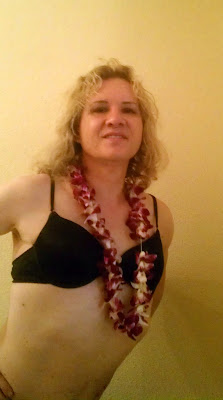 The voice part is key. I bought training material by Kathe Perez and Melanie Ann Philips, and I practiced diligently to retrain my head and my throat muscles. That helps me feel way, way more feminized yet. In fact, for me, it was essential. Until I could sound like a girl, it was very hard to feel like one.

As to looks, getting rid of my Adam’s Apple was key. Dr. Ousterhout in SF is wonderful for that (and much more).

I also had my eyes and nose feminized by Dr. McCormack in Reno, plus much follow-up facial shaping (Radiesse, Sculptra) and skin care work there. 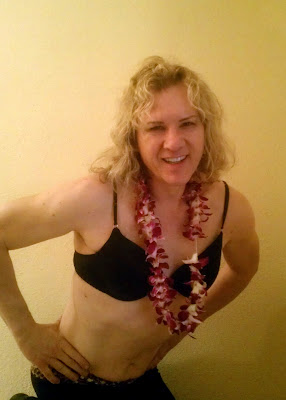 Long blonde hair courtesy of months’ worth of patience and loving care by Jen at L’Essence in Reno, plus Avodart androgen blockers to keep the hair on my head instead of the floor.

Brow waxing by James Shearer or Beautiful Brows in Reno.

Dental veneers and Invisalign by Dr. Selmeczy in Livermore.

Venus and KissMeFashions and Plato’s Closet and Savers and Clothes Mentor and Sears (yes, Sears) for sexy clothing.

Thongs and bra by Victoria’s Secret.

Perfume by Halle Berry (not that I presume she mixes it in her kitchen, but it’s the line she endorses).

… and more, but those are the main things.