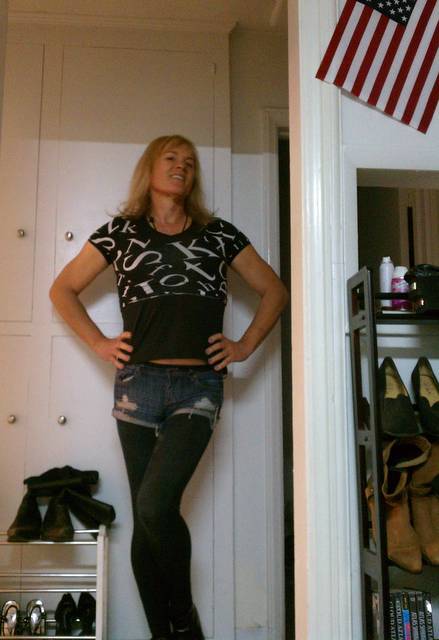 A friend of mine is a kick-ass trans girl who has asked me to write a letter in favor of an upcoming Bill that will ban so-called “conversion therapy” — which, when you strip away the thin layer of patronizing sugar-coating in the name of the relevant deity, essentially consists of pressuring trans people to pretend we’re not trans people. So, yes, I have a problem with so-called “conversion therapy.” My friend gave me some more reason to dislike it:

This bill intends to eliminate Conversion Therapy from being performed on LGBTQ children in Nevada. The bill has been slightly modified since the last committee hearing, simplifying some of the language, and clarifying who is banned from engaging in this practice.

We need your help in submitting your stories and/or support of this bill. Remember Leelah Alcorn, Leelah wrote that when she told her mom about being transgender, her mother “reacted extremely negatively, telling me that it was a phase, that I would never truly be a girl, that God doesn’t make mistakes.” Leelah wrote that she was subsequently taken to Christian therapists, who reinforced the notion that being transgender was “wrong.” In an interview with CNN, Leelah’s parents claim they were loving parents, and that they just wanted to do the best for their child. Her mother Carla said that she took Leelah, who she referred to as Josh, to a psychiatrist, who prescribed medication, and that her child was depressed but only talked to her once about being transgender.

Unable to endure the effects of social isolation and the stress of conversion therapy, Leelah stepped in front of a Semi-Truck on an interstate highway, on December 28, 2015. Conversion therapy is unconscionable. It should rightfully be called what it is: child abuse. It is banned in California, New Jersey, and Washington, D.C., and legislation is pending in other states. It should be illegal in all states, and those who break the law should be locked up.”

I’ve lived in Nevada since the 1990s. I happen to be one of your trans girl constituents so I’m writing to provide some intellectual ammunition in favor of SB 201, currently under debate, on the subject of so-called “conversion therapy” so that this irrational activity might be declared illegal once and for all.

You have probably received many letters describing the negative effects on trans people who are subjected to this sort of abuse, but my approach is different.

I’m a free-market girl but even so I recognize that there are a great many consumer protection laws, and I can understand why these have been passed. If a restaurant kept selling food that poisons its customers, or a shoe store kept selling shoes that mangle the feet of its customers, there’s a problem. Similarly, since so-called “conversion therapy” causes significant and demonstrable harm, there’s similarly a problem – yet worse since depression and suicide are far more severe than throwing up, having the runs or having mangled feet. On the basis of consistency to that principle alone, under consumer protection laws, so-called “conversion therapy” should be made illegal.

However, there’s a more fundamental-yet problem with it, and a stronger argument yet, for making it illegal. Its basic premise has been scientifically invalidated. Autopsies have shown that trans girls have the essential brain structure of a genetically integrated girl. In other words, while they were alive, trans girls thought and felt and lived as girls because as per their brain structure, they WERE girls — is what the autopsies showed. Having a female brain structure is not a defect requiring fixing by so-called “conversion therapy.” It’s simply a biological mutation, and no amount of bullying or intimidation can undo that, nor should it try. You might as well start bullying people who are born unusually tall with “slouch therapy” and consider that legitimate.

Imagine that, for example, your mother were subjected to so-called “conversion therapy” on the notion that she should think and behave like a man, and this would be a way to get her to do so. It’d be fundamentally silly since she is a woman and should simply be left in peace to live her life as the women she is. I emphasize: having a female brain structure is not a defect.

Similarly, trans women are women. Most of us grew up with a regrettable abundance of testosterone, so most of us do not look or sound as feminine as if we’d gone through puberty on estrogen, but our brain structure is nevertheless female. That’s what makes us female – our brain structure, not our imagination or delusions, which is the basic (and fundamentally flawed) premise of so-called “conversion therapy.”

Many trans girls initially tried to fit into guy culture during our most formative decades, because as children we were told we were male, so we learned male mannerisms. For that reason, we might not move as gracefully as most genetically integrated girls do, but yet again that doesn’t detract from the point that our brain structure is fundamentally female.

When judging the gender of a barnyard animal, it’s probably fine to turn it upside down, look at its plumbing and decide. For humans, that’s a flawed approach because by now it’s a matter of scientifically proven fact that some humans are born with “outie” plumbing yet a female brain structure.

What most fundamentally defines the essence of a human? The ability to write one’s name in the snow, or one’s brain: the center of thought, speech, decision, emotion, personality, character? So if someone has, like I do, a female brain structure, isn’t she fundamentally female? Isn’t her shape “down there” immaterial, in light of the scientific evidence, interpreted in the context of common sense?

Sending a trans girl to so-called “conversion therapy” will do about as much good as sending a genetically integrated woman there. However, it can do much harm. A genetically integrated woman, presented with the notion that so-called “conversion therapy” will make her think like a man, would immediate dismiss the notion as the nonsense it is.

So, that’s my second basis for objection to so-called “conversion therapy”. It is a fundamentally nonsensical approach. It’d be like someone claiming to serve hygienic restaurant food that consists of raw sewage, or someone who claims they can get one’s feet to be comfortable and healthy by forcing them into shoes three sizes too small. There’s simply no logical way it could ever work. It can, and does, however, do harm. The examples of the restaurant and the shoes seem silly today; no reasonable person would tolerate that for one instant. Perhaps, with your help, in the future we’ll be able to look back at so-called “conversion therapy” and classify it similarly.

The existence of trans girls is a matter of biological fact. Even so, I understand only too well that the existence of trans girls does make some people uncomfortable. By typical standards, some of us are a peculiar mix to behold in a social setting. I’m an example of that. By typical-girl standards, I’m too tall, I have a jaw line too much like Rambo and my voice is too deep. In decades past, trans girls have too often hidden that we’re trans even if that meant living a lie, and hiding our true nature as a shameful secret. However, it’s not reasonable that trans people should hide the fact that we’re trans just because someone else doesn’t like seeing trans people around. You might as well expect white people in downtown Oakland to smear on blackface grease because some black people don’t like to see white faces. It’s not reasonable. However we’re born, that’s the hand we were dealt. We get to play it as best we can, and so-called “conversion therapy” weighs in on the side that trans people should hide who we are, for example: trans girls should pretend to be men. Such a notion is unreasonable, harmful and fundamentally flawed.

I’ve focused on trans girls, but as I understand the issues, the same principles apply to trans men, too, with the genders simply being inverted. Due to their brain structure, trans men are simply guys, albeit guys who can’t write their names in the snow.