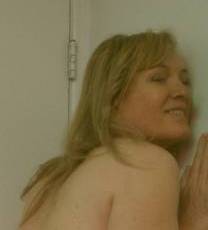 Every now and then I see a picture of a couple who’s been married to each other for decades. Their facial expressions are so similar that their faces look similar, so much so that any structural differences in their features don’t make much of a difference.  My point is that facial expressions make a HUGE difference in how a person looks.

Trans girls typically grow up while being told to fit into guy culture. We’re told that we’re boys and to behave accordingly. So, we try hard. We struggle yet fundamentally we fail because our brains are female. We simply can’t think as guys do. Fortunately, so many guys are culturally clueless that probably the only person who’s aware of how much of a misfit she is in guy culture is the trans girl herself.

Trying to fit into guy culture includes putting on guy facial expressions: often scowling, frowning, looking mad and when happy or excited, looking deadpan. So, we simulate that.

As a result, when a trans girl  finally decides to live openly as the girl she is, she has many bad habits to unlearn, including facial expressions.

I had that problem — and more. I also had VERY male-looking facial features. Thanks to a wonderful plastic surgeon (the surgeon was human, not plastic, but her business card insists) I underwent feminizing eye-reshaping surgery and she also made the size of my nose smaller, from being the size of Alaska to maybe being the size of Tennessee.

Without me asking him, another surgeon in the same field later gave me his opinion as to my nose. He cautioned that her approach as to my nose had been too conservative and wasn’t likely to have a happy ending.  The eye-reshaping surgery, by contrast, got his approval. Sure enough, my eyes still look OK today but my nose has cheerfully grown back to close to its original size … maybe Texas, not Alaska, but … still not petite.  Ironically, now it looks exactly like my dad’s nose used to look. Problem is, that’s not a feminine look. And no, I don’t have the funding to redo it. 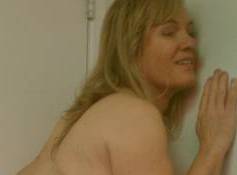 This article contains, interspersed, pictures of me taken with my cell phone at 3 a.m. this morning.  No make-up … though I do have semi-permanent glued-on lashes.