It’s so odd to me how so many t-girls (including me) get quizzed about our private parts as soon as the person learns we’re a t-girl and the conversation is even minimally personal.  And the person doing the quizzing is, oddly, almost always male.

It’s as if the guys are gathering data to decide if they consider me worthy of being granted the privilege of being considered a female by them, from then on.  I mean, wow, I don’t see guys quizzing non-t-girls whom they barely know about the shape of their body ‘down there.’  Imagine the reaction they’d get.  But with a t-girl it’s supposedly okay.  Except that really it’s not.  Really not.

I’m getting kinda tired of this sort of quizzing. Being a reasonably decent chess player, I like to anticipate and prevent issues. Ironically, during a chess game today, someone who seems to be preoccupied with my looks (as in, he likes them) went way outside normal polite guy-chess-player and female-chess-player polite conversation and told me there’s something intriguing (in a positive way, for him) about me and he can’t put his finger on it.  Exotic and erotic, is what he called it.  Well, I decided I’d finally give him the additional piece of the puzzle and I told him I’m a t-girl. Here’s how I phrased it::

I’m a t-girl (emphasis on “girl”) and no, this isn’t a license to start quizzing me about the past, present or future shape of my private parts.

And here’s how I looked today (and no, I didn’t show this to him). 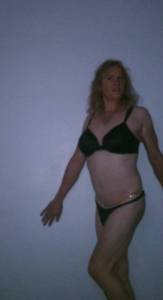 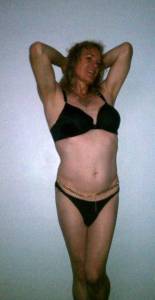