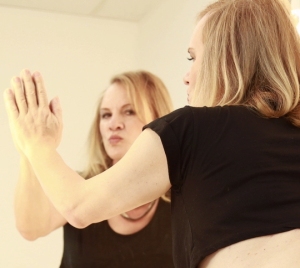 There used to be a general controversy as to whether being gay was a choice or not. A gay friend of mine explained to me how difficult his life has been due to being gay, and if he had a choice, he’d have had a much safer and more pleasant life had he chosen to be straight. That’s no reflection on the relative merits of being gay or straight but it IS a negative reflection on the mean people, homophobes mostly, who harass gay people.

This sort of parallels my own situation. I’m straight to at least some extent, and I’m not very happy about it. As I grew up, I tried to understand male culture and males in general. I failed. Some of my best friends are male and after years of trying to understand, I probably by now understand male culture better than most females do, but it’s something I can at best understand mathematically. I can’t relate, at all. In a way that’s good because that helped me realize I’m female, brain-wise, not male. But it definitely makes it a chore to go spend social time with a male unless he’s one of my two dozen wonderful male friends. Going to bed with any of my male friends is a bad idea even if I were attracted as such, so that limits the pool of beddable males to … non-friends. This means that I need to socialize with male strangers in order to have the sort of sex life that, whether I like it or not, is what my brain is wired for.

I suspect that the lives of many females might be a lot more easy, safe and pleasant if they weren’t attracted to males. Mine certainly would be.

I’ve tried to deny that part of my sexuality and focus on the other aspect of that. See, I’m also part-way gay. I’m a female who’s sexually attracted to females too. And if that were my entire sexual focus, my life would be a lot better. But, that’s not the reality of it and I’ve had to make peace with that.

As a t-girl, socializing with a new guy tends to be awkward for me. I almost want to fast-forward the events to the bedroom. On the rare occasions when I do escorting, that’s how I like to manage things and normally there are few objections. But, escorting has issues so I don’t do that all that often.

To make a mark on the calendar when I last experienced male company in bed, you’d have to go back to last summer. That’s a long time ago.

So, for a girl with this sort of mind-set, the lure of the X-rated movie business might be tempting. Some lovely ladies who can venture out in broad daylight and function in polite company have made very sexy movies. I adore Sharon Stone and her “Basic Instinct” movie, for example, was … you see what I mean. And yet she’s generally considered mainstream and she’s appropriately respected and even revered. Nicole Kidman in “Eyes Wide Shut,” similar story. Not that these were X-rated porn movies but still, wow, they didn’t leave a lot to the imagination. Not that I’m complaining; I’m just saying. Wow, now it’s hard to focus. Where was I?

Oh, yes. The pros and cons of starring in a sexy movie. On the plus side, the person who’d be in bed with me would be hand-picked, handsome, virile and hot. Someone else would (if I pick the right studio) make sure a condom is used. Plus I wouldn’t have to first sit in a bar and make idle chit-chat. And someone would even provide the location. Bonus, I’d get my make-up done for me. When you think about it like that, wow, it’s hard to fault. And then many people will be watching. Personally, that’s more of an aphrodisiac to me than not. What could be better than having all these problems solved for me? Oh wait, they’re all really skilled at this?! Wow, they’re professionals at it? That’s wonderful. I wonder how much I’d have to pay them for all their hard work. And then the shocking news: wait, they would pay ME? Wow, if I’m dreaming, please don’t wake me up now.

And, supposedly some stars make A LOT of money, during the movie and then what they can charge for escorting later.

So, I seriously looked into it. I personally even went so far as to get the name of the most likely agent in Southern California to go see, and how best to approach him. I mean, I REALLY looked into it. And now that I know more and have thought about it more, I decided not to do so.

Price is set by supply and demand, and there’s high demand but it’s also a revenue plan for many t-girls. Until she’s well-known then $1,000 a day tends to be where the revenue tops out and there’s not enough demand for the same person over and over again to get such work every day or even close. No studio is going to publish 365 movies of the same t-girl even if she’s insanely hot.

A star like Kimber James etc. gets to charge way more but even 365 movies per year of her would flood the market. And to work up to her level takes a lot of time, dedication and calendar time. Also, probably some luck.

And then there’s the classic Hollywood run-around sleazy factor. I’ve worked in the San Fernando Valley of Southern California (the porn movie center of the universe) long enough to see it up close, and that was not even doing any sort of entertainment-related work. There are many unethical people in that area to where dishonesty and cynicism are part of the general cultural mainstream there. I’ve read about how one studio tricked a new actress into showing up for a shoot and initially telling her it would be a safe-sex shoot but once she got there, it dawned on her that it’s not. When she objected she was ridiculed and pressured. She chose to give in. That’s how the lady who wrote the article ended up with HIV.

I like Tara Lyn Foxx, who used to start in such movies, and I’ve been reading her blog posts, and although she tends to be sweet and kind, what she writes is enough to make me conclude that this is not a road I’d want to travel on, ever. So now I feel like I can make an informed decision when I say “no, thank you.”