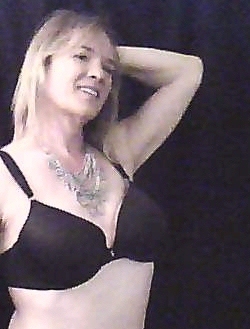 I just came up with “If You’re Female Mentally, You’re Female Fundamentally” today.  It might be something that someone else already said but either way I like it a lot.

By this I DO NOT mean it’s a “mind over matter” thing in the “let’s light some incense and sing Kumbaya” sense.  I’m all for a “hey, whatever makes you happy” mindset, and my liberal friends are awesome as such, and thank you.

But, for my way-less-tolerant conservative friends, there IS now scientific proof. The transgender (to be precise, transsexual) girls analyzed for autopsy-based evidence had brain structures that were the same as genetically integrated girls (a.k.a. cisgirls) — very different than male brains.

Indeed, if I wanna wear a bra and change my name to “Tanya” that really IS my decision and none of your business, but there’s fundamentally more to it than me asking you to humor me because “I feel like a girl.”

The reason I feel like a girl is because I am one, mentally i.e., brain-wise, as in structurally.

Notice how we don’t see folks running around saying they feel like they’re a green sea turtle or a Burmese python and feeling a strong draw towards living as such.  The reason is because there’s no strong (or, I’m guessing, any) genetically-based phenomenon whereby people are born with brains structure like turtles or pythons.  But, there IS a genetic anomaly whereby some people are born a mix: female brain, yet male-shaped body parts ‘down there.’

My liberal friends tend to be moved by compassion. For them, “accept Tanya as a girl” is a no-brainer. And, I appreciate that immensely.

My conservative friends tend to be moved by justice. To them, “accept Tanya as a girl” is not a favor I’m asking. It’s justice — recognizing that someone is a girl, based on a criterion more fundamental than their body parts ‘down there.’ And, as to them finally thinking it through and coming to that realization, I would appreciate that immensely.