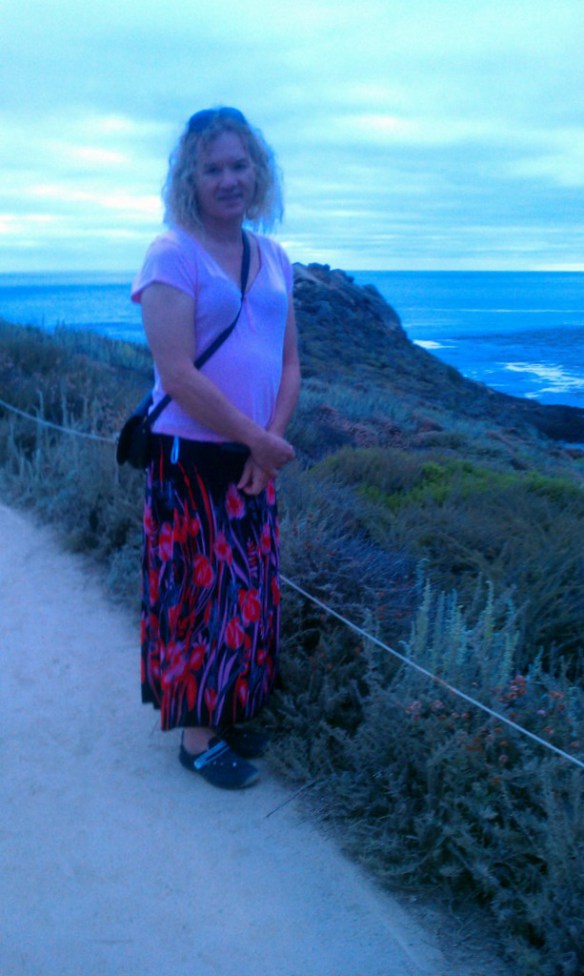 This is what I look like most of the time, when I’m not wearing my club dress and look-at-me stilettos. My face is androgynous and you don’t get the Sherlock Holmes award for figuring out I’m a t-girl. But, I gather the visual effect isn’t jarring either, like … what’s a good analogy … Sylvester Stallone in a pink tutu.

Today, I had a rough day at work. A software project was about to go down in flames and I ran a difficult meeting, trying to keep things from becoming a disaster. I don’t know if I succeeded, but I did deal with it well enough to deserve a little celebration. So, I treated myself to dinner at the buffet of the Sparks Nugget, not least in part since I’d skipped lunch to have my difficult business meeting in that time-frame. So, by 6 p.m. I was thirsty, hungry and tired and not feeling super-keen to be patient with mean people.

Normally, when I approach the cashier at the buffet, the delay is at most five minutes. Today, however, the Reno Air Races are in town, and so there are many out-of-town folks and the line was way longer. I ended up standing in line for 30 minutes or so.

As far as I could tell from what I overheard, the party standing in line behind me was from the Midwest. They were the typically polite folks I’ve come to know as to that area … but also typically very conservative. If anything or anyone stands out, folks from the Midwest aren’t going to start burning crosses on lawns, but out of earshot they’ll have a pretty candid discussion.

Imagine my surprise when a discussion like that began right behind me, as to the “true” gender of a particular person, nearby. This transgender or cross-dressing person was analyzed and dissected in critical conversation, albeit from a distance. All this happened while two feet away from them stood a six-foot-tall, athletic blonde transsexual chick (me).

From what I know of Midwest culture, these folks would not have had such a conversation next to me if they’d suspected I am a trans chick. In Midwest culture that would be considered rude, and this wasn’t a rude group of Midwesterners (not that I’ve ever seen a rude Midwesterner).

Anyway, I thought all this a little ironic, and a back-handed compliment too, in a way.

I’m making progress as to looking like the girl I basically am.