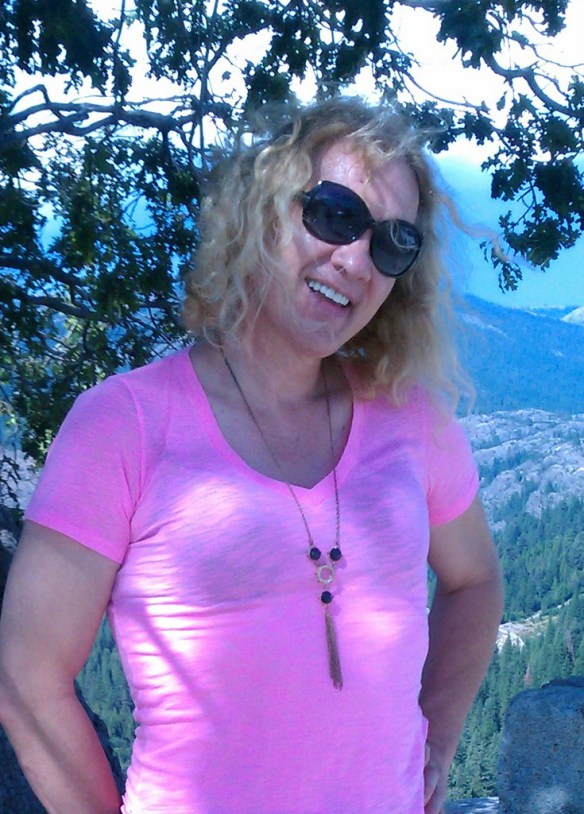 Today is sort of the equivalent of a Jewish girl enjoying a “yay-for-Israel” party in downtown Berlin. It’s the sort of thing that seemed supremely unlikely in the late 1930s or early 1940s.

When I told my mom I’m a transgender girl, she argued with me long and hard, and when I got tired of it and I didn’t argue back, she would lecture me — and not in a polite way. The relationship deteriorated until we hardly talked to each other, for many months.

My biological dad passed away some years ago, and I met a nice gentleman (about my dad’s age) who was initially a software client and then became a friend. Eventually, we became so close that he basically became my surrogate dad. He even signed his emails “Love, Dad.”

When I told him I’m a transgender girl, it didn’t go over well. He explained that intellectually, he understood — but emotionally he couldn’t get his head wrapped around the issue. When he was out with me socially, it was excruciatingly embarrassing for him, he said. Then, he officially checked out of the relationship as my surrogate dad The subsequent emails ended with “Love, your old friend” instead of “Love, dad.”

Being a transgender girl has its set of social issues but having my mom be adversarial and rude, and my surrogate dad basically checked out … that wasn’t a happy set of developments. But, I had decided that people will be welcome in my life on healthy premises or not at all. I wasn’t going to interact with anyone in a context where it would bring me down emotionally.

So, with my mom and my former surrogate dad, I was cordial but distant, and I was OK with being in that mode indefinitely, if needs be.

Gradually, things became better. Eventually, they improved to where I was OK with visiting my former surrogate dad again. My mom wanted to have a California vacation, so I took her along. The two of them met and became friends. The three of us would go out to dinner together. and they’d chat, including about me.

Sidebar as to pronouns: when you’re a t-girl then past a particular point of transition, it’s really unpleasant to be referred to as “he” or “him” since that’s not who or what I am, and it’s a jarring reminder of how things were, and what I worked hard to move away from. When someone slips up out of habit, so be it. When someone insists on using male pronouns when referring me, that basically tries to make the point that either that person doesn’t believe in the concept of transgender girls, or does … but doesn’t think I qualify. Either way, it’s not the sort of social dynamic I want to experience, so I avoid such situations. If that means excluding some people from my social circle, so be it.

Then, a wonderful thing happened. When the gentleman was telling my mom a story about me, and he used male pronouns, she’s gently correct him, and he’d apologize, and shoot me an embarrassed look and explain that old habits die hard. That was SO gracious. Then, sometimes she’d tell a story and use the wrong gender pronoun by mistake, and in turn, the gentleman would correct her. It was so benevolent.

This morning, I made them a breakfast of crepes, and we stood around munching crepes, enjoying each other’s company.

Instead of these close relationships being unhealthy or dead, they’re now healthy and well.