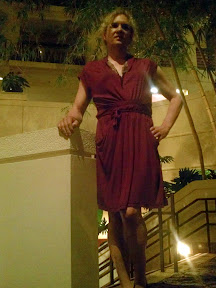 This weekend, I spent a day and a half in the San Francisco Bay Area.  I love visiting there.

Part of the reason is that, in my experience, folks in that area tend to be non-homophobic and accepting of diverse looks and styles.

Based on personal experience, I have no doubt that in conservative cultures (e.g, further south-east, or in smaller towns) across the US and elsewhere, things would be different.  Especially self-conscious teenage males would (on seeing me) find themselves confused and conflicted, would blame me for that instead of realizing it’s an internal-premise issue, and (worst case) would try to take it out on me. 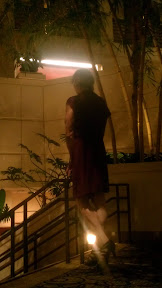 I used to have really good revenue, and I liked staying at Hyatt hotels.  Nowadays I can’t afford that but I still like to visit there even if it’s only to have a cup of coffee or a snack there. I like the ambiance and folks there are also nice to me.  Saturday night, I had some free time so I took along a book I’m reading, and I went to the Hyatt by SFO.

I wore a nice evening gown that I’d bought that night.  I took some pictures of myself, and these are sprinkled throughout this post.  I wore my hair in a pony-tail, which is a look I like some days.

In the ballroom area, on the ground floor, an elegant social event involved about fifty people, including maybe two dozen girls in elegant evening dresses.  Initially, I felt very outclassed. 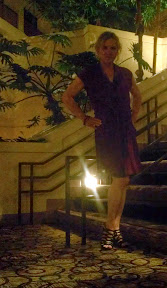 Then, I looked more closely.  The dresses were lovely but in many cases, the girls wearing them didn’t exactly look like supermodels, and nor did they need to in order to look just fine and to have a good time.

I don’t look like a supermodel either, but compared to them, I would approximately fit right in.

So, I tested my hypothesis.  I walked down the stairs, and slowly walked through the milling crowd of revelers.  And, as I had hoped, I fitted right in.  No hush fell over the crowd, nobody made comments, nobody pointed fingers.  I presumably looked like a less-feminized-than-most girl in a nice evening dress.  I presume that if I had looked unusual enough, I would have attracted attention even in an accepting culture. 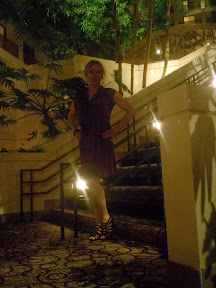 After walking through the crowd, I walked up some stairs and went up an escalator, feeling happy with having validated my hypothesis.