I have coined a phrase: “genetically integrated girls.”

The phrase helps prepare folks to understand that some girls are girls in every way, and other girls are (like me) transgender, i.e., an unusual mix of guy and girl parts, yet we are fundamentally girls.

I found the phrases “cisgirls” or “genetic girls” to be … not all that helpful.  I’m genetically a girl too.  I was born this way.  I just have some guy parts too, specifically in my chromosomes and (for now, anyway) my underwear.

Someone asked me about this phrase, so here’s what I replied:

The vast majority of girls have XX chromosomes and a non-ambiguous female reproductive system and female mental wiring. That’s what I mean by 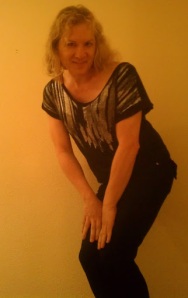 The emphasis seems odd until one considers genetic mutations like me. I’m transgender, i.e., a specific mix of female and male genetic parts. 🙂

If you’re a type-A personality this is a good place to stop reading. If you want to know more …

Opinions differ as to what makes a female a female. I (and the American Psychiatric Association along with the mainstream of US counselors) focus on the person’s mind. Since I have female mental wiring, that makes me female.

However, I have XY chromosomes which makes thing problematic in some ways. So, now that I have figured out what’s going on, I’m changing my look and style to match what I am — a girl.

Since I had male hormones at the time of puberty, this means I have a lot of reshaping to do, as an adult.

This transitioning process tends to be misunderstood by the general public. The relevant person has always been a girl, in the way that matters. The changes are superficial — aesthetics and style.

Some not-yet-savvy folks refer to girls like me as “used to be a guy” (or worse yet, “actually a guy” or “really a guy”). I’m spreading awareness that such phrases fall apart under scrutiny.

Am I making sense? Does this help?